In 1833 Matthias Day felt compelled to leave the Presbyterian Church when he could no longer tolerate their support of slavery. He was joined by many in Mansfield, first meeting in an old warehouse. In 1835 the flock built their first Church and Parrish house, which served the congregation until it was destroyed by fire in 1870.

In 1873, just three short years after the loss of the original church building,  the congregation celebrated the construction of a European Gothic Cathedral style replacement. Its symmetrical spire rose  226 foot above the ground. The “Spire” concept endures in our church life to this day. Its vast array of organ pipes blanketed the back wall, rivaling that of the Mormon Tabernacle Choir of today.  The sanctuary seated 1400. A Blake Transmitter in front sent worship services directly to shut-ins. 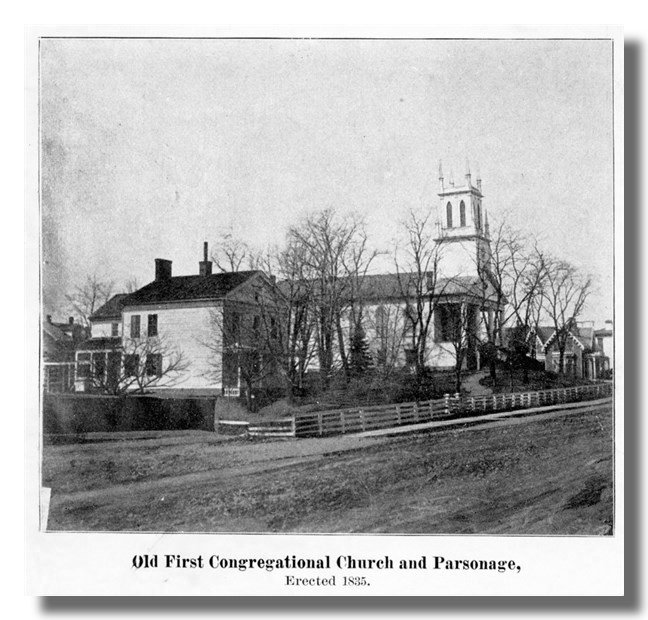 In 1942, fire would again strike, destroying the beautiful building which had served not only as First Congregational’s home, but also as a community center because of large seating capacity.

Included in the destruction was the Auntie Bradford library, named for a black woman who had left her life savings for the founding of the library.

Her generosity was honored with the establishment of the Auntie Bradford Library within the new Church. Church services continued due to the generosity of the Mansfield Baptist Church.

Rebuilding was delayed for nine years because of restrictions imposed by World War II.

World War II would delay the completion of our present home until 1951. The Gothic style would be replaced with the austerity of a New England meetinghouse. The “Spire”, reaching skyward, would remain a trademark of our Church.

In 1965 we constructed the 75-seat Chapel on the east side of the campus.  The Chapel is the location of the 8:30AM Sunday service and is available for weddings & funerals. It also houses our columbarium.

First Congregational Church is located in a residential neighborhood on Mansfield’s south side. The 30,000 square foot church building includes a main sanctuary, chapel, Columbarium, library with associated formal reading and meeting rooms, and church offices. In addition, Blymyer Hall, the social area, is well equipped with a stage and state of the art kitchen facility.

Located on the lower level is a full scope of church school meeting rooms, choir rehearsal room, and the Mayflower Room, a larger, casual meeting space with a social area and small adjoining kitchen.

Parking adjoins the church and an additional parking lot is located across Marion Avenue for overflow parking.

In addition to the Mansfield property, First Congregational owns a 56 acre wooded retreat, Hemlock Trails,  located adjacent to the Mohican National Forest some 15 miles south of the city. This property, located along the Clearfork River, offers walking trails and a beautiful 65 foot waterfall. The facility includes a pavilion for meetings, camping and social events

Recently, the church granted an easement to a local land conservancy district so that it could establish a walking trail on a portion of the property. The trail, which will extend from the city of Butler to Malabar State Park, will be available for use by the general public, thus affording non members a look at the beauty offered by First Congregational Church. 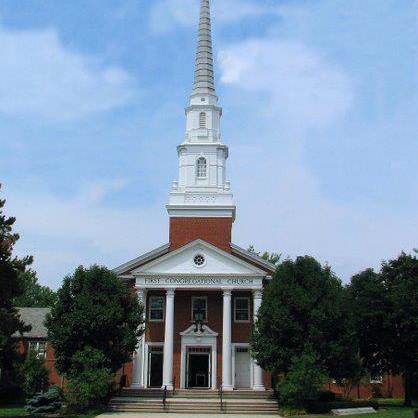 Please let us know what are you looking for